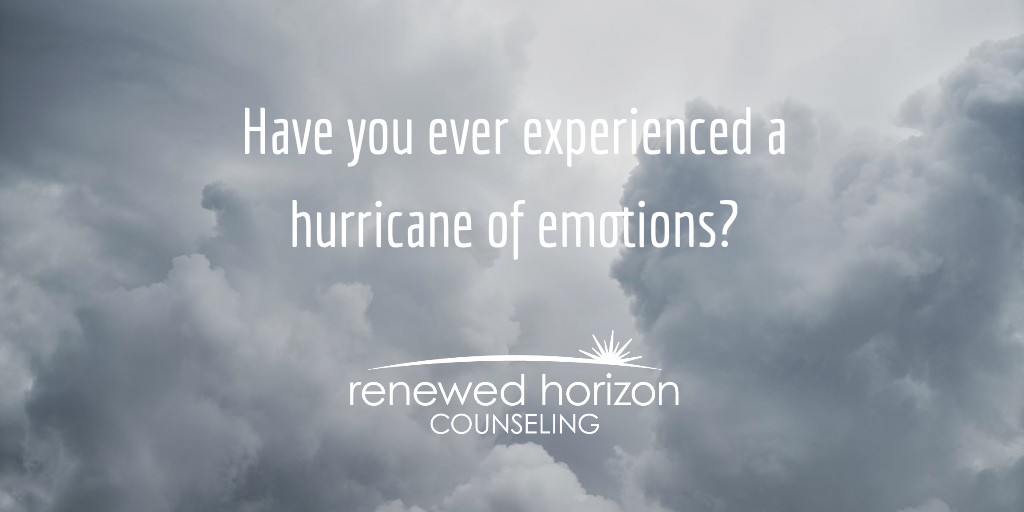 The past couple weeks have been a hurricane of emotions in Florida. While waiting to see what hurricane Dorian was going to do, it would often feel like an internal hurricane! The devastation of those affected by Dorian is extremely saddening. I can’t imagine what would have happened if it hit Florida. It brought back many memories from 2 years ago when hurricane Irma came though Florida.

With Irma, there were moments of assurance that all was going to be fine, quickly followed by a feeling that we must all run for our lives and be prepared to lose a lot. Our emotions were not our own and were easily swayed by the projected line that Irma may or may not follow. Dorian was not much different.

We learned a lot from that crazy time 2 years ago which helped us with the possible anticipation of Dorian. Not only did Irma teach us a lot about hurricane prepping, but we also learned about the dangers of putting our hope in things that are always changing. We learned about the importance of making a decision and running with it rather than waffling in insecurity. We saw that more information does not speed up waiting. We learned to trust God and His sovereignty and that He is the only unchanging security we need.

Hurricane Irma brought up a lot of negative emotions (like fear and indecision), but it also brought up a hurricane of emotions that were positive:

After Irma came through, I had such gratitude for it not destroying my home and community, but the deeper gratitude is for the work God did in my heart through the process. I realized how much I take for granted everyday. I have more than enough. Many in this world don’t have anything near what I do. Just simple things like water, food, shelter, electricity, and gas are things I’ve always expected to be there. But when there is a shortage or a threat you won’t always have these things, you realize the gift you have and are thankful.

With Dorian and Irma, we didn’t know what would happen, but we did have faith that no matter what, we would be okay. Having an eternal focus is what helps my heart rest in this faith. This place is not my home forever, so even in the fear of losing it, I know there is a life I can’t even imagine waiting for me eternally. Placing my faith in things that are sure helps me quiet the insecurities of all that could have been lost.

Two years ago with Irma, the number of texts and emails from fellow Floridians and people across the country was refreshing. People were praying. Others were meeting needs. There were people who helped us not feel alone. Others offered encouraging words from scripture and worship songs. We were taken in and loved well when we left all but a carload behind waiting to see what Irma would do.  There is SO much research around the importance of companionship in this life. I understood this gift in a very unique way.

Trauma feels a little less traumatic when you feel understood. Knowing that others feel the way you do helps you not feel crazy. Most of us felt a hazy fog as we recovered from the roller coaster of Irma. Neighbors and friends were checking in more and helping each other out. While so many of us in my area didn’t lose all our stuff from Irma, we saw that relationships matter more. We all went through something crazy together and we knew how each other is feeling. Empathy through mutual trauma can bond you even more than you already were.

As much as I hope we never have to re-live the emotions from any major hurricanes again, I do trust that all the negative emotions can and will be balanced out with some positive ones like these.