Are you an overprotective parent? 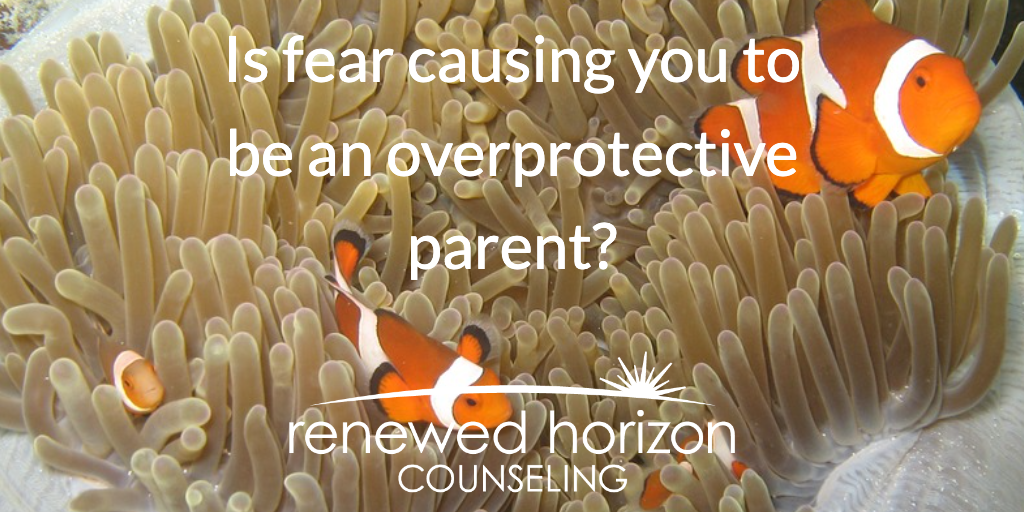 I love the movie Disney Pixar’s Finding Nemo, where a father’s love fights to keep his son safe. But there’s a strong parenting lesson we all can learn about fear’s impact on parenting. Marlin, Nemo’s dad, was so fearful of Nemo getting hurt that he became an overprotective parent.
Being overprotective was rational to Marlin due to his already painful losses and fear of it happening again. But it ended with him smothering his son so much that Nemo rebelled and put himself in harm’s way. Marlin sabotaged everything because his fear controlled him. His overprotective parenting style created the exact situation to make his worst fear come true!

Many parents fear their kids will head down the negative paths that they themselves walked before. Some hover over them to keep them safe and some prevent them from feeling any discomfort at all. This is all out of the spirit of love, but in the end it can end up really hurting a child. Both of these can prevent your child from learning some important life lessons that will help them be successful later in life.

I see that my personal parenting mission is to show my kids the truth of who Christ is, what it means to follow Him, and to prepare them for their future. I consciously think about teaching my son and daughters these things. We often talk about being a good spouse, healthy and unhealthy relationships, work ethic, and how they may be a parent themselves someday. The way my husband and I parent them now will have a huge impact on who they become later in life, so we are always mindful of the examples we are setting for them.

As sad as it is, we only have our kids for a short period of time before they launch into their own lives. It is going so fast already!! Don’t wait until it’s too late to get started. Our kids are sponges and are learning at ALL ages. Don’t let your fear keep them from practicing while you still have an ability to influence them under your roof.

We ALL learn from mistakes. Personally, many of my failures are some of my biggest growth spurts. I know it’s scary to think about your kids struggling with a let down or mistake, but it’s good to let them get a taste of this earlier rather than later so they know how to deal with it in their adult lives.

It’s hard to let your children spread their wings and fly into the world, but doing so is actually an act of love and can set them up for success in their future!
What are some of your biggest fears you try to protect your child from?